My Turkey Day in Southern California...all of it.

This year's Thanksgiving was a little bit different. Instead of spending it here in Utah with the extendeds I decided to bum around southern California. Well worth it!

The weekend started with a change in plans. So I was left with a rental car and a completely open schedule. I found my way to Pacific Beach and got a breakfast burrito at Kono's and enjoyed the clearing skies over the ocean. Beautiful! From there I headed to downtown San Diego, which turns out is pretty dead on the Wednesday before a major holiday. I remembered a friend from Encinitas was already home for the weekend so I called her and she had me up to here house. After chatting and relaxing for a bit we headed over to Escondido to see Wild Animal Park. It was really cool! I really liked all the animals. Favorites would be these crazy birds below and the Rhinos. Rhinos are big and big. 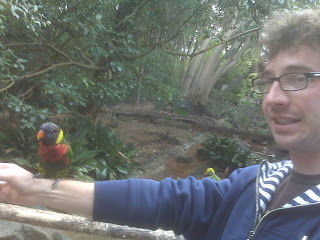 After the Zoo we headed back towards the coast and got some pizza and salad at Lucadia Pizza and took a peak at Moonlight beach. It was a drizzly night so there wasn't much to see. However, I do highly recommend the Thai salad and BBQ pizza.

After dinner I headed over to San Marcos and got the holiday part of the holiday weekend off to a start.

My old mission buddy Ben and his wife live in San Marcos. They are great hosts and always accommodate a wandering North Dakotan in big 'ol Southern Cal. We met up at his brother's place and there was already holiday classics blaring and apples being sliced. I helped Ben make a pie. Granted my efforts were minimal, I feel like I really made that pie special...for no real reason other than I was apart of it. Is that pretentious?

I spent Thanksgiving day with the Hoy/States families at Erin's parents house. Who I might also add are the most generous people ever! They put me up everytime I come through San Diego. A huge Thanks goes to them this past Thanksgiving! You can see pics and the play by play here on my friend Erin's blog. I must say the highlight was that Ben and I fried a Turkey. All I can say is, DO IT!" It's so delicious. Here was how it all transpired:

It was a lot of fun, and did I mention that fried turkeys are really really tasty?

Fortunately I was able to sleep of the gluttony from the day before and about mid-afternoon I headed up to Orange County to see some friends. They weren't available until later that evening so I took the chance to cruise the PCH from Dana Point up to Newport Beach. It was chic, beautiful, and made me want to own a German automobile. Here is a pic from Aliso Beach where I stopped to watch the sunset (one of my favorite things ever). 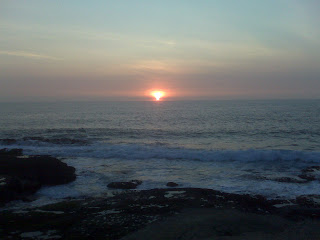 Later that evening I met up with my wonderful friend Robyn who's family was gracious enough to let me join them for dinner. Afterwards we cruised down to Fashion Island to take a look at the ginormous Christmas tree. It was real and it was big. Robyn was a little obsessed with it, and for good reason. After our festive retreat at the mall we drove down to Balboa Island and bummed around the neighborhoods, along the boardwalks, and through the downtown area. Now that is a cool little place! It was a chill and fun night! Nothing like a tour by a local! After some relaxation and games with her cousins I wandered over to my friend Patrice's for a few more games and a good nights rest.

In the morning (we're on to Saturday now) Patrice's mom took us to thier favorite breakfast place in Orange called Watsons. It was a lot of fun and really good. The major event of the day was the jont up to Santa Monica to meet our old friends Dave and Adam (con GF's) for a day at the Getty. I've wanted to go to the Getty for a couple years now, so I'm really glad we made it happen. Here are a few pics of the landscapen and sunset (naturally) below. We only had time for a few exhibits but it was well worth it. 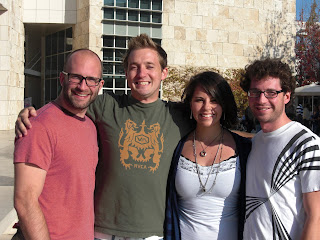 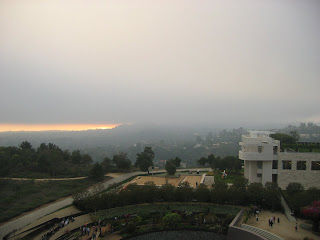 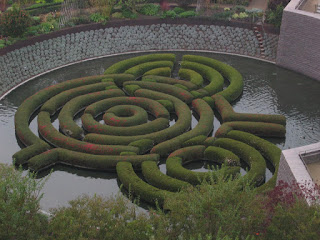 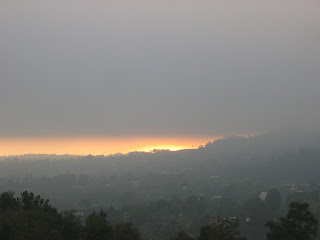 After the Getty we drove back to Orange County and Patrice and I grabbed dinner in Huntington Beach, then some hot chocolate with the same crew we were at the Getty with. I have great friends and it was fun just to be able to chill with them there.

So remember how at the beginning of the post I mentioned that there was a change in plans? Well, this also included not having a way back to Utah since I only purchased a one way ticket. Enter Patrice again... She came to the rescue by offering me and my friend Jess (the friend I went to the Wild Animal Park with) a ride home. So... After Huntington I drove back down to Encinitas and spent the night at Jess' parents house. In the morning she took me down to the SD Airport to return the rental car. Then her Mom took us to our friend Danny's house in Carlsbad. He was also riding with Patrice. Danny's Mom then drive us all up to Orange to Patrice's house so we could hitch a ride with her. So after a little time on CA-91 and a lot of time on I-15 we made it back to Utah on Sunday night.

Overall it was a blast of a weekend. I felt a bit like a nomad. Most of all I am grateful for my friends who not only gave me a place to lie my head, but are also some of the best and most fun people I have ever met.

Happy (belated) Thanksgiving!
Posted by Matt Olsen at 11:24 AM 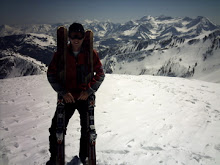